Register & Get access to index
You are using an out of date browser. It may not display this or other websites correctly.
You should upgrade or use an alternative browser.
Welcome!
Join this incredible group of like-minded people and start discussing everything IPTV.
Register now
Overview Purchased
You can download 0 resources per day.
This Thread had not been rated yet
IDA 7.7.220218 (maintenance release)

This Service Pack of IDA 7.7 is primarily a bugfix release. 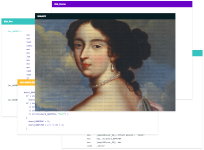 We get it, advertisements are annoying!

Sure, ad-blocking software does a great job at blocking ads, but it also blocks useful features of our website. For the best site experience please disable your AdBlocker.